The EU’s Nightmare In The Hotel California 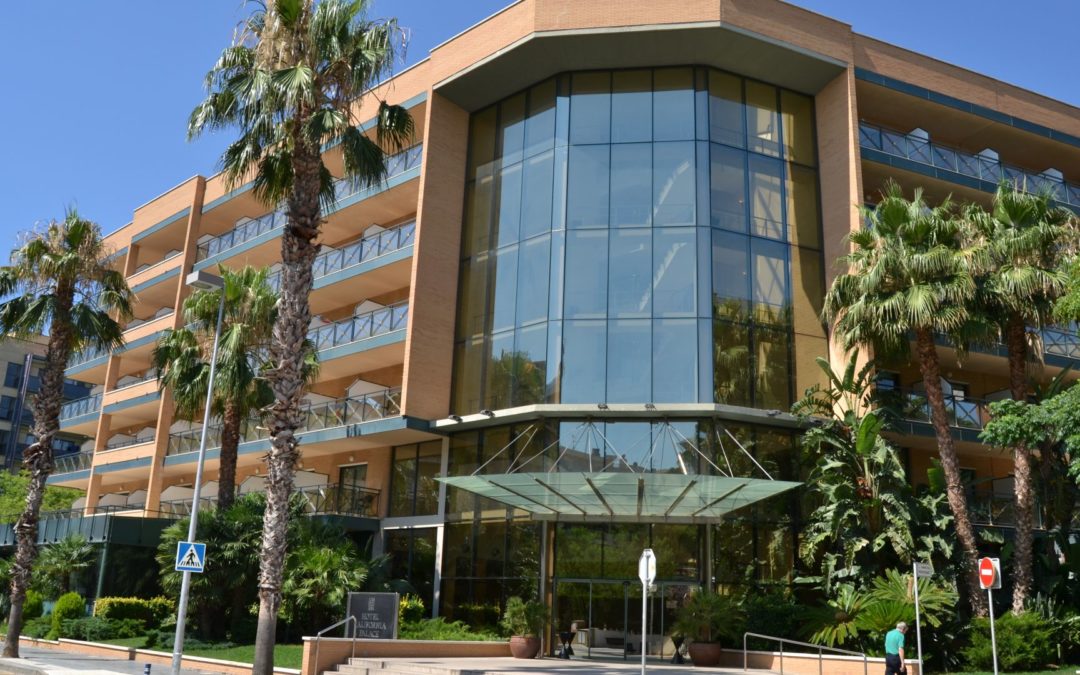 When the Eagles came out with their mega-hit “Hotel California” almost 40 years ago, I’m sure they never dreamt that their words would capture the essence of the economic and political nightmare that the nations of the European Union (EU) would be suffering through in 2015. For decades, Eagles fans have debated what those haunting lyrics really meant. What follows is one interpretation:

In agreeing to join the EU, the political majorities in various European nation-states entertained optimistic visions of economic gain—not actually “heaven,” but definitely a significant improvement. They viewed greater economic integration as a means to increased prosperity through free trade, free migration, and perhaps even some transfer of wealth to help a country out during a time of need.

Alas, human nature being what it is, people proved far more interested in the benefits they could reap from membership in the EU than in doing the hard work of discharging their own treaty-defined responsibilities, such as balancing their budgets, so that the union would work like its architects had intended. Heavenly hopes have turned out to be hellish realities. Instead of flourishing via positive-sum, mutually beneficial cooperation, the EU has degenerated into a negative-sum squabble in which irresponsible governments have egregiously failed to honor their promises of fiscal discipline, thereby jeopardizing the financial stability throughout the EU. Far from keeping government budget deficits within specified limits (as they had promised) spendthrift governments have generated massive debts that have necessitated bailouts to avert defaults that would devastate the entire Union.

“We are all just prisoners here of our own device.” (“Hotel California”)

Greece and the other EU countries have been learning the hard way that democracy is like a Venus flytrap. Its allurements draw you in, then the trap door slams shut and it devours you. In the case of the EU democracies, though, the damage is self-inflicted. The Europeans themselves devised the very political systems that are now doing them in.

Our founding fathers clearly understood the self-destructive dynamics of democracy: Citizens, seduced by the attraction of getting the proverbial free lunch, vote for politicians promising to confer financial favors upon them; politicians, in turn, quickly learn that the way to electoral success is to feed the appetite of voters for increased government benefits. The problem is that this appetite is insatiable, and so, in the symbiotic relationship that exists between voters and elected officials in a democracy, government spending inexorably increases. The expedient of deficit financing inevitably is resorted to and debt accumulates. Eventually, the ability to make good on all the promises hits the inevitable wall of economic reality in which the government lacks access to sufficient funds to pay for all its programs and debt service expenses. Creditors worry that the government will default on its debt and start dumping bonds. Then arises the grim prospect of a catastrophic chain reaction of debt defaults and bankruptcies.

What options does a democratic government have for raising sufficient revenues to honor its financial obligations? The democratic system that seemed so attractive when it was set up has morphed into a prison that has trapped citizens and politicians in an unsolvable dilemma. On the one hand, there is a limit to how much it can cut spending before angry, frightened citizens vote incumbents out of office. In other words, politicians who dare to do what is economically necessary find that it is politically suicidal, and so they balk. On the other hand, there is a limit to how much the government can raise tax rates before so many businesses and individuals are crushed, ruined, or go underground, thereby shrinking rather than boosting tax revenues. Yet interest on the debt must be paid somehow. Where are the needed funds to come from when fiscal policy has become useless due to the democratic fiscal stalemate?

It turns out that the powers that be have an ace up their sleeve—a fairy godmother who can magically postpone disaster. This, of course, is the international and supranational monetary and political establishment—additional creatures of democracies’ own device. In the case of the EU’s current crisis, we are talking about the so-called “troika”—the European Central Bank, the EU, and the International Monetary Fund. These multilateral institutions are not subject to the normal strictures of democracy; they aren’t accountable at the ballot box to the people whose lives they affect. They were conceived and brought into existence by national governments that gave them immense power to make momentous unilateral, autocratic decision. ECB chief Mario Draghi’s recently announced trillion-euro “quantitative easing” program (hardly a surprise, given the ECB’s other trillion-euro bailouts over the last five years) is designed to stave off default and prop up Europe’s moribund financial system despite Greece’s essential bankruptcy and lack of economic viability. In the short run, it may appear that the troika has saved the day, but in the long run, when additional trillion-euro bailouts are launched to try to paper over the fiscal crackup of other European democracies, and the euro currency becomes a cruel joke, Europeans will rue the day that government officials created such powerful, unaccountable entities.

“They stab it with their steely knives, but they just can’t kill the beast.” (“Hotel California”)

In the current Greece/EU drama, there are two beasts that cannot be slain despite impassioned mental knife thrusts. One is, from the perspective of non-Greeks, the apparent unwillingness of the Greeks to mend their ways and get their financial and fiscal affairs in order. The other, from the Greek perspective, is the gang of foreigners who are seen as oppressing the Greek people and attempt to undermine Greek sovereignty—the troika and some of the other European governments, most prominently Germany.

Greece’s foreign creditors understandably want to be repaid. They view the Greeks as recalcitrant, irresponsible, and dishonorable. “This crisis would dissipate if the Greeks would just pay their bills.” The problem here is expressed in that old cliché about not being able to squeeze blood from a turnip. At this point, with the electoral victory of the Syriza coalition under new Prime Minister Alexis Tsipras, Greece’s voters have shown that they aren’t going to tolerate any more of the austerity that foreign creditors have demanded and that the outgoing government imposed.

Undoubtedly and undeniably, the Greeks are going to have to learn how to live within their means and figure out how to keep government from squashing the private sector. However, one should be able to understand the Greeks’ current desperation, if not have a smidgen of compassion for them. The outgoing government did cut spending significantly (although it failed to accomplish a much-needed significant downsizing of the bloated and expensive government bureaucracies). Government spending in Greece fell from about 124 billion euros in 2009 to approximately 90 billion in 2014.

Despite this notable decrease, government spending as a share of Greece’s GDP actually increased over the same time period from 46.8% in 2007 to 59% by 2013. This horrific statistic means that the private sector is contracting at an even faster rate than the public sector. Indeed, household income in Greece has fallen an estimated 40% since the crisis began, unemployment among young Greeks has soared to 64%, and the health care system is near collapse (with relatives often having to take care of hospital patients due to the shortage of nurses). The Greeks will find some way to survive. They aren’t going to kill themselves no matter how hard and insistently their creditors pressure them.

Just as foreign creditors can’t “kill” the problem of the Greeks’ present inability to pay what they owe, neither are the Greeks going to kill off the ECB, the EU, or the ever-troublesome (whether to Greece or the USA) IMF. Still, given the magnitude of the economic catastrophe that the Greeks are suffering, the Greeks’ anger with the troika, Germany, et al. is understandable. No wonder they made a statement at the polls: “Enough! It’s time for a change. Go to hell, you foreign bullies!”

Whatever changes the Greeks eventually make (and they certainly need to be major fundamental changes) it is unrealistic and inhuman for non-Greek creditors to insist that the Greeks take larger doses of their current misery. The IMF’s demand that the Greek government raise taxes on an impoverished prostrate populace is unconscionable. Indeed, while the Greeks themselves must bear responsibility for the myriad policy errors that have prevented its private sector from experiencing healthy growth, the IMF’s “jack up the tax rate” policy is the most counterproductive, destructive policy of all.

Even if Greece leaves the EU, the remaining EU countries will still be stuck in the same EU version of Hotel California. Many other EU countries have the same problems that have bankrupted Greece, though not to such an advanced degree—yet. Several of them are in danger of replicating the Greek democracy’s slide into bankruptcy and insolvency. Not one of the countries whose government debt problems were considered worrisome five years ago (specifically, the PIIGS—Portugal, Ireland, Italy, Greece, and Spain) has managed to reduce its debt-to-GDP ratio since then. While Greece’s debt-to-GDP ratio rose from 129.7% in 2010 to 174.9% in 2014, over the same time frame, Portugal’s rose from 83.7 to 129, Ireland’s from 64.4 to 123.3, Italy’s from 116.4 to 132.6, and Spain’s from 54 to 92.1.

In fact, despite French President Hollande’s plaintive cry, “Europe cannot continue to be identified by austerity,” the reality is that cannibalistic democratic governments throughout Europe have continued to grow at the expense of the private sector. For the EU as a whole, government spending hit 49% of GDP in 2013, up from 45.5% in 2007. Only four of the 28 countries in the EU saw government spending as a percentage of GDP fall from pre-crisis levels through 2013—Bulgaria, Romania, Lithuania, and Poland (countries that nobody ever suggests pose a threat to the viability to the EU)—while the other 24 countries have seen government grow faster than the private sector.

In addition to the official debt of the non-Greek PIIGS having risen over the past five years, so have their unfunded future liabilities Those liabilities range in size from two-and-a-half to five times the amount of their explicit debt in those countries. (The same predicament exists in Germany, France, the U.K., and, yes, the USA—see page 3 in the linked pdf). None of these democracies will ever be able to honor all these obligations. Some of these liabilities, this negative wealth, will have to be vaporized, either by explicit defaults or through the maneuver of currency depreciation. There are going to be a lot of unhappy residents when they find that they can’t leave the nightmare of their countries’ political Hotel California.

The fact is that even if Greece leaves the EU, most Europeans will still be stuck with a Frankenstein currency; they will still be subject to the monetary quackery of the ECB as it mirrors the Federal Reserve’s bizarro world; they will still have the machinations of EU bureaucrats pulling whatever levers they can to strengthen the EU and protect their generously compensated jobs; they will still have to contend with pests that have a more global reach, like the IMF. The people of Europe and their sovereign governments won’t be able to leave the EU’s dream-turned-nightmare Hotel California until they wake up from the spell that they are under. They will need to repent of, repudiate, and reject Big Government, democratic welfare states, debt addiction, a currency based on nothing, and a host of other economic errors. I doubt that this awakening will come before the ECB creates trillions more euros, destroying it in the vain attempt to avert an eventual catastrophic implosion of the European sovereign debt bubble, crackup of the EU, and tragic economic pain shared by millions of Europeans.