Back from the brink of extinction 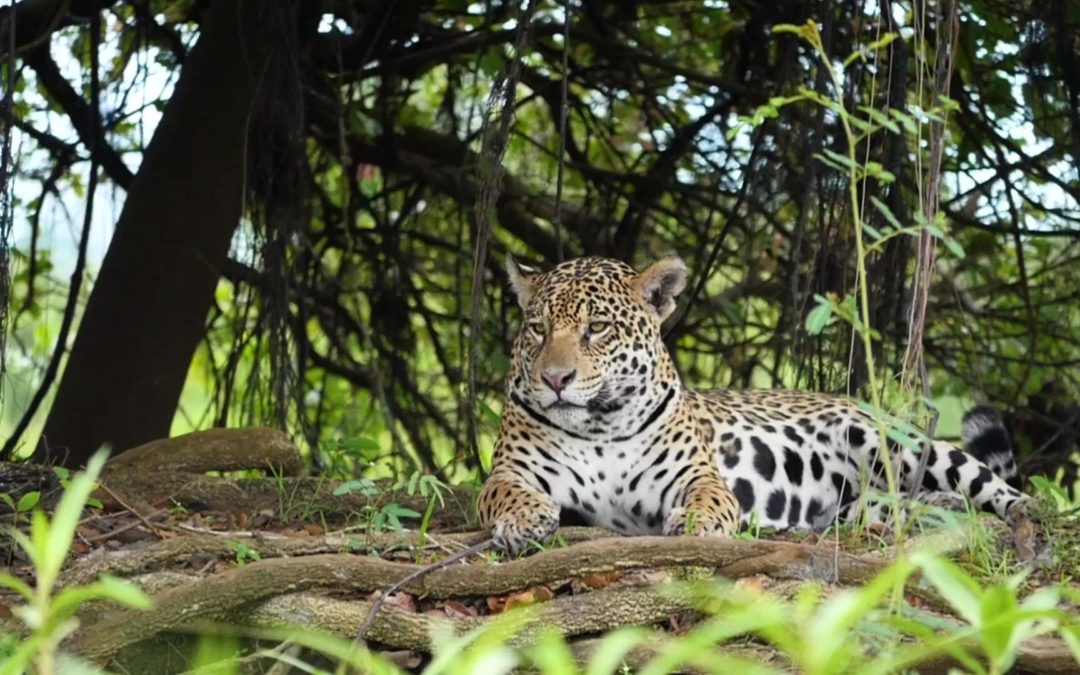 The last woods bison in the United States was apparently shot by a hunter in West Virginia around 1835. For many decades, the woods bison was presumed extinct – until an airplane spotted an isolated herd in the muskeg swamps north of Alberta, Canada.

My farm is near a Virginia village called Buffalo Gap, documenting the existence of these ”buffaloes” long ago and this far south. These cousins of the Great Plains bison prefer wooded areas and they’re much larger than the species hunted by the Sioux Indians and Buffalo Bill.

So I was delighted to actually see another herd of the nearly extinct animals calmly munching on hay – right in the middle of the oil sands mining project in northern Alberta, which I visited a few weeks ago.Much of this oil is destined for the USA, to reduce imports from dictatorships, and more will come in the Keystone XL Pipeline, if President Obama ever approves it.

The bison living at the oil sands recovery site are direct descendents of the remnant herd found in 1957. They were busily browsing about 300 yards from a huge diesel shovel that loads 400 tons of oily sand at a time into a lineup of huge trucks. The trucks carry the sand toward a giant “cooker” where the oil is steamed out.

Then they haul the now-clean sand to an enormous pile where it is reserved for later reclamation work. Even the topsoil that covered the sand is set aside to recreate the hillocks, ponds and swamps much as they were before mining.

Once a sizable area of the enormous oil sands deposit has been cooked, and the oil has been further processed for shipment via pipeline, the sand and topsoil are put back into the mined area. The Canadian government resumes title to the land when its habitat and wildlife experts have ensured that each wilderness recovery is complete and sustainable.

The only thing missing is the smell, taste and ooze of oil, which has always permeated the local soil sand often seeped into local streams. There was absolutely no noticeable oil or diesel smell anywhere at the mine, except inside one of the wellhead control buildings we visited. That’s where you would certainly expect to find it, but even there it was minimal.

The bison seem willing to “loan” this moving five-square-mile of surface mine (what some environmental activists prefer to call an “open wound”) in the midst of their vast muskeg swamp. They certainly don’t let it spoil their lunch or breeding. They may even sense that the intrusion is only temporary.

This part of Alberta features spindly black spruce and tamarack trees, intermingled with the muskeg–sphagnum moss and sedge grasses. It’s actually about 40 percent water, when you add up the ponds, lakes, streams and marshy areas. It isn’t much to look at, but it harbors lots of beaver, wolves that prey on the beaver and, hopefully soon, wild herds of woods bison that will continue to grow in number.

The open pit mining cycle travels slowly, with about 25 years of mining followed by another 25 years for complete site restoration. The miners and drillers bring up their own processing water from deep brackish groundwater formations, and they’re increasingly reusing the water.

The tar sands are a geological marvel: an 84,000 square miles deposit – an area the size of Kansas – but the sand is soaked with 5–25 percent heavy petroleum. In total, the Alberta sands are estimated to contain 169 billion barrels of oil, making it one of the largest petroleum deposits in the world. Experts say the oil sands’ operations could produce 465,000 U.S. jobs in construction, refining, petrochemicals and other sectors by 2035, if President Obama finally lets the Keystone XL pipeline go forward.

Where the sand is near the surface, as in the woods bison area, it’s mined with huge shovels and trucks. However, 98 percent of the oil sands lie in a thick bed 200 to 400 feet below the surface. That oil is recovered via drilling and steam injection.

Crews drill a pair of wells a precise five feet apart – one above the other. Each well goes straight down about 150 feet, and then turns to run horizontally for about a mile! Steam is pumped into the upper line. It escapes through perforations in the pipe, then heats and liquefies the oil. The hot liquid oil drips down to the lower pipeline, where more perforations collect the petroleum and pump it to the surface.

The steam recovery units occupy clearings in the muskeg forest, each several miles apart, and covering only about two football fields’ worth of land. These “wounds” also move slowly over the years. As each section of oil sands is steam-cleaned of about 75 percent of its petroleum, the drilling, steam and processing pad is vacated. Then it’s turned back into muskeg and forest.

Eco-activists loudly decry the oil sands, but it’s hard to understand why. If 84,000 square miles of wildlife habitat was being permanently converted to fields of corn and switchgrass for biofuels, I’d understand their concern about lost habitat. Taking that much land out of food crops has radically raised the price of corn, and thus of all the world’s meats, dairy products, corn syrup, tortillas. Even bread.

Instead of high-cost biofuels, the tar sands produce enormous quantities of petroleum for transportation, petrochemicals – and for the fertilizers and diesel fuel needed to produce high-yield crops on the world’s prime soils.

This modern farming method has saved nearly 7 million square miles of wildlife habitat (nearly twice the area of the entire United States) over the past 50 years. The high-tech farmers do this by raising far more food per acre than any other farmers in all history. To cap it all off,the tar sands’ pipeline product has a greenhouse gas profile much like that of Arab Medium, one of the oil market mainstays: in other words, not many greenhouse gases.

The activists have made a big mistake in offering the public only solar and wind energy. Both are costly, land-intensive, erratic and unreliable – and incapable of supporting our cities and farms. Biofuels are even worse. They use enormous quantities of water and sharply increase food costs for the world’s poor.

If the Greens had supported nuclear power, which emits no CO2 at all, they might have already won their battle over using coal and natural gas to generate electricity.

As it is, the activists risk losing their credibility on energy and other issues, by opposing virtually every technology that has been developed to benefit humans, wildlife and the environment.